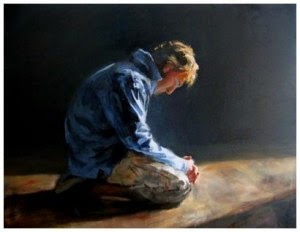 God gives and He takes away. God took David’s kingdom away and gave it to David’s son. Well, I think God just allowed David’s sin to have the actions it had for a little bit. However, His son Absolom died in battle. Israel had a little scap which killed Absolom, so Israel just got a little confused. They stuck with the thought that they already anointed a different king they just didn’t expect they’re new king to die so fast. It seemed like God was just punishing David for a bit (by dropping His guard over David). He (God) still wanted David to be king but just for bit, He’d allow chaos to ensue without his hands over David, guiding him. David caused the sin that he did out of pride. Seriously, over and over and over one core point is being proven to me. Pride will kill you. The best thing to do is to recognize, you don’t have everything in control. If a storm in your life hits, you can’t build a very strong fortress of protection. YOU can’t do it. The best thing to do is to remember the truth and reality of life…You are weak….Our Lord, our God Yahweh, and our Father is powerful for us. He promised He will be there for us. The one thing we must do is rely on Him and hold on to His commandments. This isn’t a bargaining deal. It’s what you need to do. God is all for freedom. We must “choose” to go with Him or not. In going with Him we’re choosing to follow His commandments. The two prerequisites go hand in hand. It’s kind of like when you were a young adult old enough to be out of the house. If you want to continue to live with your parents, don’t you need to follow the rules of the house? The rules of the home are there to create harmony with each other. It’s the exact same with the commandments / rules of God. “Sin’ is defined as “missing the mark, “ it’s destruction. God set this universe up with natural physical laws. When we violate those laws it’s breaking the system down. The system won’t function the way it’s supposed to function if you don’t follow the rules for it. You can’t fill your car with vinegar, when it was made to run on gasoline, and hope it runs properly.

God cares for us. He wants the way He created everything to work right….right down to even us! He doesn’t want it to break down for us. We trust Him when we follow His words. When we trust Him, we are loving Him. That’s why Jesus said, “If you love me, you’ll follow my commands”- John 14:15. Keeping His commandment isn’t for His good. It’s for our good! It’s like when we first trusted our parents when they said, “don’t play in the street.” We didn’t know then but we know now that they didn’t want us to get run over, it’s for our good! If we love our parents, we do what they say.


Father You are so good! You hold us. Like David, You let Him eat the dish he made out of his own free choice. You don’t just magically fix our mistakes and let us be illegitimate sons/daughters when we disobey Your commands. You are there to protect us. You guide us Lord. Thank You Jesus.
Posted by Matthew at 10:47 AM