Here's something I realized. God makes and has made analogies for us to comprehend and understand His nature. God is sooo big, we are sooo small in comparison. The analogies are throughout nature! We can see that God is wildly creative through the extreme amounts of variety in nature. He is wildly creative. He is very much one who enjoys details because everything that's made mas detailed plans for them to exist and recreate themselves. He must also be creative in the sense that He's made complex personalities. He loves beauty because the world ranges in many different shapes, alot of beauty, designs and beautiful creations in animals, and colors of plants. He's saved it all and has allowed it to continue living. It has beauty besides just by appearance, but also through smell, sound, and touch. I'm not saying that everything He's made "has to be beautiful," or he didn't create it. There is functionality as well as beauty, and that's beautiful as well in its precision. We will sometimes rearrange chemicals, colors, and shapes to create beauty and that isn't a "sin" or copying. It's rearranging into something else. The only purpose that we do that rearranging for is to create a different kind of beauty. I'm going on a limb here,is "ugliness" "sin?" I don't mean a person that's ugly, just plain mis-shappen things that aren't supposed to be. So does that mean a creature like a pig would be a sinful creature? Of course not because a pig does have alot of supreme structuring. The pigmentation (no pun intended) of a pig ,is pinkish, pleasantness (a comfortable color), the supreme functionality of its upright nose offers a good sense of smell.

Back to the very beginning of this entire thing. Our big mistake (downfall of life) hinges on on one single mistake, and cause a whole lot of death. The rejection of His words and the decision they made was to eat the fruit.

God,  also is beautiful because His mind truly is. What is inside eventually reflects what is seen on the outside. "Wrong things" you do are called "sin," that's obvious but I think it should be defined.  Either God drew a giant analogy through sin equaling the fallen nature of everything so that we would draw the conclusion that sin = death or that sinful act physically caused it (eating the fruit when God said not too) or they (nature, animals  and everything) weren't supposed to live for an extremely long time anyway. 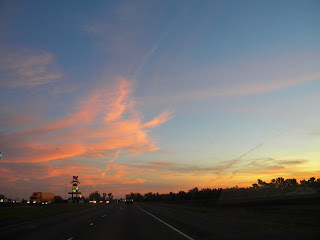 God loves analogies. He makes us have the ability to understand things through analogies. His sacrifice for all humanity is a huge analogy. The pre-Christ animal sacrifices were also an analogy of His redemptive purpose. To only make it fair in the universe, something has to die if you do something wrong, so God Himself paid the price because we couldn't. God thought "I forgive you," and to pay for that, that caused the religious act of sacrifice for sin to demonstrate the true sacrifice to come. whew.....does that make sense?
Posted by Matthew at 4:38 PM